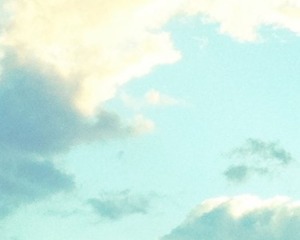 In The New Yorker, journalist Jenna Krajeski wrote about James Dickey’s poem “Falling” and how it reminds her of October.  Or maybe it’s October that reminds her of “Falling,” I’m not quite sure.  After a while the spark of recollection tumbles back upon itself and the initial thought isn’t clear and doesn’t matter so much because both the inspiration and inspired are memories you love equally.  Krajeski talks about a Halloween costume she created that was motivated by the poem, which tells the true story of a stewardess who was sucked out of an airplane exit door mid-flight in the early 60’s.  Witnesses recounted, she was there one moment, gone the next.  The woman was found hours later in a field.

The article prompted me to think of the blend of month and event and quickly I remembered the one January when I was in fourth grade, on a Tuesday, when the space shuttle Challenger exploded just a minute after launch.  I was in school that morning; there was a teacher who was part of the NASA crew aboard, the first American civilian to ever earn the privilege. We watched the takeoff as a class because of the teacher and because shuttle launches used to be bigger events—back then news wasn’t always being told to us like it is now.  I can close my eyes and remember the whole picture, the audio/visual cart staged in front of us on casters, a heavy Zenith on top, the volume loud enough for us to hear the pensive and spared conversation between someone in charge on the shuttle and someone in charge in a nearby tower.  We all leaned in to listen, to pickup all parts and to not wait any longer than we had to for the sound to get to our small ears.  We wanted to get it all sooner.

It was beautiful, I remember, at first.  The glow and the clean white smoke stretching in opposite directions like meandering antlers, the cotton pastels, the falling trails like willow branches and the majestic way they filled up so much of the sky, I felt like cheering.  Then, it soured, because the show in front of us became only the glow, only the smoke.  Watching the shuttle’s path just stop was like listening to a singer who suddenly loses her voice in the middle of a song.

I was young and of course didn’t fully understand the complexities of what happened, though I knew I emotionally rejected it. It was my first experience with tragic death, as distant as it may have been, and I wanted away.  I couldn’t stop thinking of the minutes after the explosion, the burst a conclusion of something, the pieces settling back to the Earth the epilogue. Dickey’s poem imagines the minutes after the burst, after the stewardess’ entry to the outside and the time during the fall, floating through the air between ground and plane.  The poem is her life’s epilogue.  During it, though, she has time—to realize what happened, is happening, will happen.  Everything to her is new, if fleeting.  I think of the contrast between her and the teacher on the shuttle, one falling, dead, one falling, still alive.

The stewardess tumbles in the dark.  An earring slaps at her cheek.  She subconsciously reacts to her normal keep of modesty and attempts to press down her skirt to cover her legs.  She coughs through cold breaths and during rolls tries to learn the new pull and weight of her shifting body.  She grasps desperately at stars and what she thinks are clouds, at the blinks on the receding plane, her plane, at the sliver of a red-gold moon.  She thinks of being young and how she always wished she could fly up to the moon and sleep in the belly of its curve.  As she falls she eventually settles into her path and tries to keep the moon in her sightline, to help her calm, to make her think of herself as a kid when the moon felt so reachable.

A couple of weeks ago a man walked on a narrow wire over the Chicago River, one building to one building.  Watching it, I thought of the looming catastrophe, naturally, and how even though he wouldn’t survive the fall, the distance to the ground was relatively short.  If he fell, in that bit of time, would he be allowed time for reflection?  Would he want it?  Is it better to know that you have a finite amount of time left or to just go?  I think of the prior, imagine the stewardess falling, thinking in ultimates, “I’m not going to die of cancer; I’m not going to die from a gunshot.  I won’t be ever be robbed.  I don’t have to ever worry about bills.”  Small comforts from, perhaps, big worries.  It’s the rest of us, though, that are left with the extension, with what lasts, counting minutes, days, years since, finding levels of embrace and degrees of acceptance, falling in our own way, not knowing when the ground    will    come.