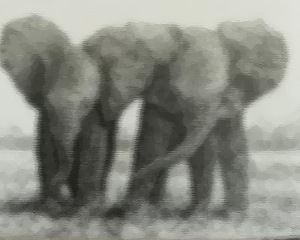 I finished the film A River Runs Through It today, which is about fishing and Montana and the 1920’s and brotherhood. The fishing surounds the story, much in the way water hugs what’s in it, and watching the movie makes me want to fish, to walk into a running stream where wet pants first stick to your legs and then flare out once the river gets into them. The rivers of this movie is how I see they should be–a blended background of sounds amongst mountains, the water in a rush while exhaling calm, the breath untroubled. The water, I know–feeling of wet, of fluid cold, of consistent push.

I also just finished reading The End of Being Known, by Michael Klein, which is a memoir about types of love and sex and friendship and how as pieces, when put together, although there are still lines, create a whole. Michael was a twin, is a twin, and that piece of this whole is, perhaps, the most present or the piece with the most angles, angles that can fit next to many of the other pieces. Michael’s brother died young as did the younger brother in the film. Both of the brothers left behind, the living, reflect on their brotherhood, what is known, what isn’t, and how, like clay, the dynamic of that close relationship is always shapeshifting the relationship, long after the physicalness, the corporeal of it ends.

I’ve been asked if I ever wish I had a sibling growing up. I do have two half-sisters whom I since become close with, though, all being said, I was an only child throughout my young, formative years. But I never felt lacking by not having a brother or sister possibly because I don’t know what it’s like to have one, in the way someone born without sight wouldn’t know the pink of a sunrise or for someone to never know the taste of a fig and then miss it in the summer.