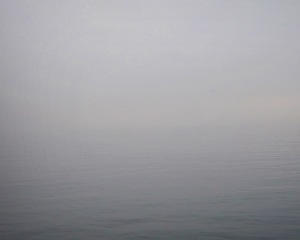 While at a graduate writing program at Goddard College in Vermont, I took a workshop on fiction writing where we shared our stories in hopes of getting feedback that would improve the pieces to New Yorker levels.  Intermixed with the discussion of our work were some writing exercises.  For one, we were asked to think of a three-word prompt, something that we might use ourselves in a piece or, as we read them aloud, something that may inspire other writers sitting in the age-bleached wooden chairs, the loose window glass rattling in its frames from the steady waves and burst of January winds in north-central Vermont.

The moments that followed instruction were full of soft excitement and cramp.  Limited on time, you begin to settle in with your thoughts or try to listen to them as if the now quiet of the room will allow you to hear them, those thoughts a constant whisper of afflatus that need this time to have the covers removed, the leaves swept away so we, the writers, can listen and be helped where to go.  And three words.  Granted we weren’t asked to take on a Hemingway-level task of creating a complete story in a mere few words.  (The legend says that Hemingway was challenged to write a six-word story to which he came up with, “For sale: baby shoes, never worn.”)  We etched differing tones with pens and pencils in notebooks and on pads, pressed our eyelids shut, bit our tongues, shifted, and soon we were asked to share.  Some words were a list: born, love, die.  Some repetitive: no, no, no.  We went around the room and my turn came and I said, “Out to sea.”  Everyone in the room took what I said to be, “Out to see,” which made some sense, us, young writers, looking for all sorts of things, and the sea, my sea, far-off in the thick of a heavy winter.  But the sea, the rousing of its heights, making to find its level, the sounds of bliss, cries of ambitious sailors, you can stand at its edge and watch it breathe, feel it spread and sponge under your feet, listen to it whisper, and soothe.

The image is always so personal and thick in our own senses.  It almost make writing about it seem impossible.

2 thoughts on “In Three Words”